The best family activities in Chicago include seeing dinosaur fossils, figuring out the clues in an escape room and eating deep-dish pizza.

Face it, traveling with kids makes vacationing a completely different experience than when you’re solo or part of a couple. As obvious as that might seem, some parents tend to forget that their children won’t be interested in doing all of the same types of activities that adults might prefer. While you want to give school-age kids the chance to appreciate fine art, spending six hours in an art museum is likely more than they’ll be able to handle.

Settle in at the luxurious Loews Downtown Chicago high-rise hotel in Streeterville, where they’ll outfit the kids in your party with backpacks and gadgets to use while exploring the city. Some of the rooms have amazing views of the Navy Pier, including seasonal fireworks. Once you've unpacked your bags, it's the ideal location to make your home base for some of our favorite activities in the Windy City. 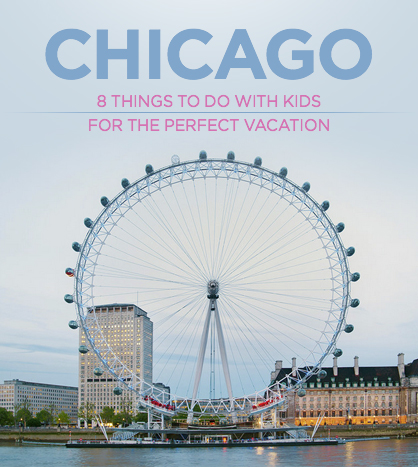 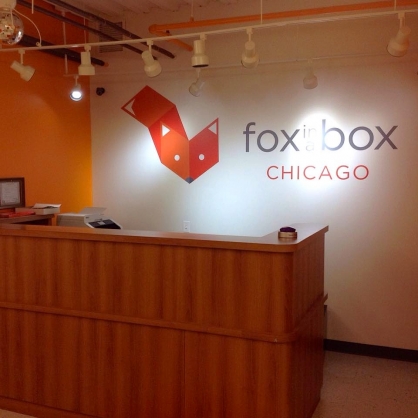 Escape from a puzzle room at Fox in a Box

There’s nothing quite like an immersive, escape room adventure and one of the best is Fox in a Box in Chicago. Unlike some other escape rooms that pair you with strangers, Fox in a Box lets you work with just your own group of 2-5 people. You have 60 minutes to figure out the clues to escape from one of four adventures: The Lab, The Bunker, The Bank and The Prison. Kids of all ages will enjoy the suspense and excitement of trying to figure out what to do with objects found in the room, and how to unscramble codes to win the game. 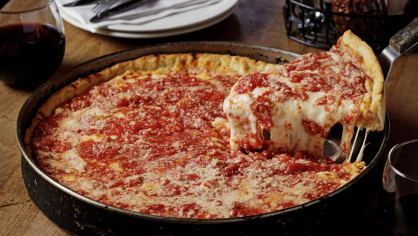 It wouldn’t be a trip to Chicago without at least one meal of Chicago-style deep dish pizza. Lou Malnati’s has some of the best pizza in the city, as evidenced by the long lines and long waits. But it’s completely worth it. As soon as you dig into the butter-crust pepperoni pizza, you’ll forget everything else. If you can manage dessert, don’t miss the chocolate chip cookie served warm in a deep-dish pizza pan and topped with vanilla ice cream and whipped cream. For $6.65, it’s one of the best deals in town. 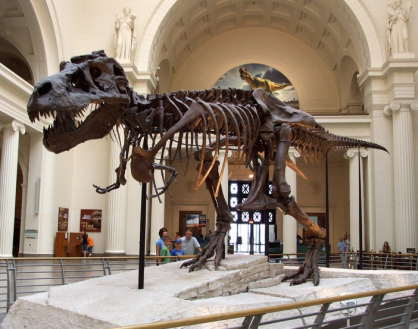 Hunt for dinosaurs at the Field Museum

A T. rex dinosaur skeleton named Sue is a fascinating exhibit at the Field Museum in Chicago. It’s one of the best preserved Tyrannosaurus rex specimens ever found, and watching Sue’s story in 3D in the museum’s theater is an unforgettable experience. The museum has far more than just Sue, however. It’s easy to get lost for hours as you examine the various exhibits including Inside Ancient Egypt, where you can walk inside of a 5,000-year-old Egyptian tomb and examine floor-to-ceiling hieroglyphs to learn more about what the culture had in common with people today. 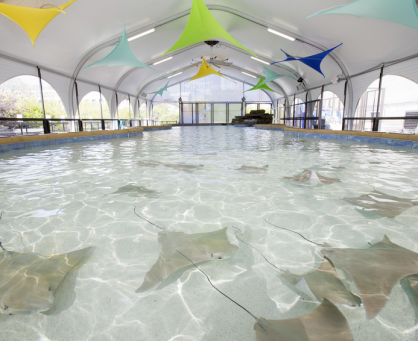 Pet stingrays at the Shedd Aquarium

The lines are long at the Shedd Aquarium, so get there early to avoid the biggest crowds. With more than 32,500 animals representing 1,500 species, the Shedd Aquarium has tons of exhibits for families to explore. Be sure and check out the seasonal stingray exhibit and the aquatic show with dolphins, whales, and sea otters. Plan on spending a full day at this amazing aquarium. 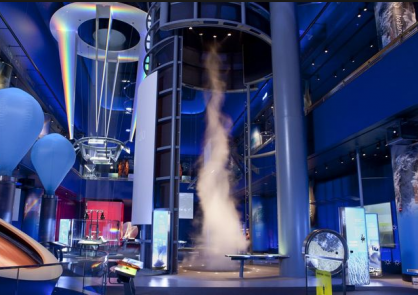 Create a tornado at the Museum of Science and Industry

The Museum of Science and Industry is just as appealing to adults as it is to kids. The museum is a wonderland of science experiments and immersive experiences in a whopping 400,000 square feet. Perhaps your kids - or you - will discover your inner genius as you see how tornadoes are formed and how Tesla coils work, and even go underground into the depths of a coal mine. There’s also an on-board tour of a U-505 submarine that isn’t to be missed. 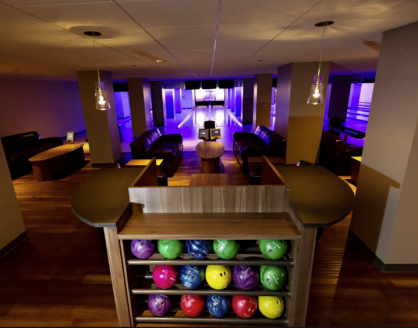 Put on your bowling shoes on at Pinstripes

Pinstripes is part of an Illinois chain, and it’s a well-designed and unique facility that includes bowling, bocce and a seasonal, locally sourced menu and handcrafted cocktails. In other words, it’s the perfect place to hang out with your family and still have fantastic food and great drinks. You can time your meal to finish at the same moment a bowling lane opens up, and you can head over for a one-of-a-kind experience where you can luxuriate on leather couches and order dessert while you bowl. If you’re a fan of bocce, you’ll have a chance to pit your skills against the kiddos and everyone will head back to the hotel happy. 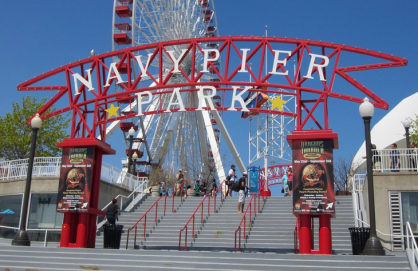 Ride on a Ferris Wheel at the Navy Pier

The 3,300-foot-long Navy Pier is a Chicago landmark and for a good reason. It’s celebrating it’s 100th anniversary this year with a brand new ferris wheel. The pier is also home to Chicago's Children's Museum and Chicago Shakespeare Theatre, where you can have fun without breaking the bank. 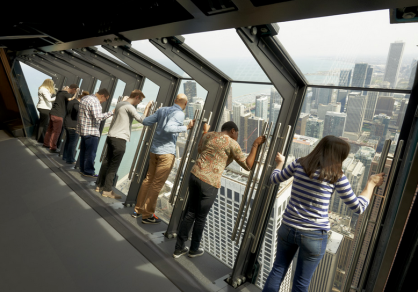 Hang out over the city at 360 Chicago

The attraction to do - if you dare - is the TILT ride at 360 Chicago, formerly the John Hancock Building. The ride is on the 94th floor and you tilt out 30 degrees with nothing except a layer of glass between you and the view 1,000 feet below. It’s scary but exciting, and it’s open to kids and adults of all ages. It’s an ideal way to see the sunset and explore interactive touchscreens with panoramas of the city. 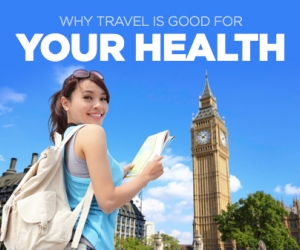 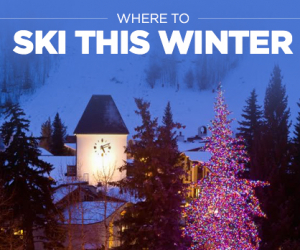 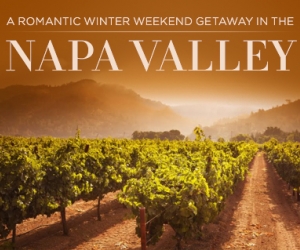