The lure of the ocean is something many people can’t resist. Tower Paddle Boards is perfectly positioned to take advantage of the growing popularity of paddle boarding with its stand-up paddle boards. After being featured on ABC’s Shark Tank, and billionaire Mark Cuban became an investor, the company’s public profile grew exponentially seemingly overnight. 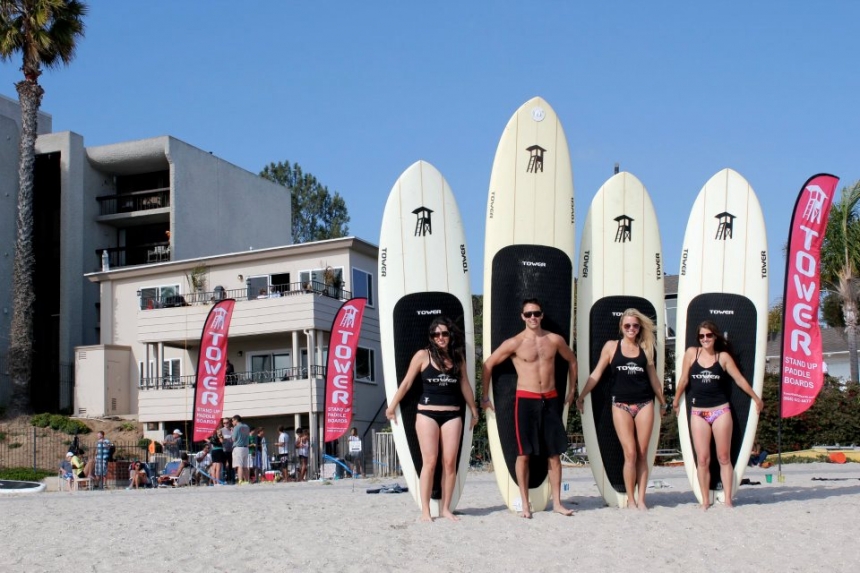 Stephan Aarstol, founder and CEO of Tower Paddle Boards, also known as Tower SUP, took time out to talk to LadyLUX about his brand.

LadyLux: Let’s start at the beginning. How did Tower Paddle Boards come into being?

Stephan Aarstol: An old adventure travel buddy of mine took me out paddle boarding in La Jolla shores one early morning in the spring of 2010. It was before most people were up. It was actually a lot easier than surfing, which I had toyed around with for 20 years, but never really got any good at. I was catching waves within 20 minutes, and there was a 65-year-old dude next to me that was catching them left and right and he said it was only his fifth day. La Jolla shores is a pretty scenic place so it was sort of a surreal day. I’m paddling around out there I’m thinking to myself, “Why don’t more people do this? Why don’t I do this more?” There were probably only 15-20 people in the water, yet there are maybe 3 million people with 25 miles of this spot, and it’s a free sport once you have a board.

I bought a board a few weeks later and was taking my 5-year-old son out on the bay. He’d ride up front and I’d paddle around and get a little workout in. Very shortly, he could ride all on his own. Between myself and my son riding on flat water, and the 65-year-old guy I met at the shores, I was thinking there has to be a huge market for this. I checked out search statistics on Google and there was an explosion in demand going on. The industry was literally growing like 100% a year for 4-5 years. To me, starting a paddle boarding business was not only a good financial opportunity, but it was a chance for me to introduce a lot of people to something great and really improve their lives. 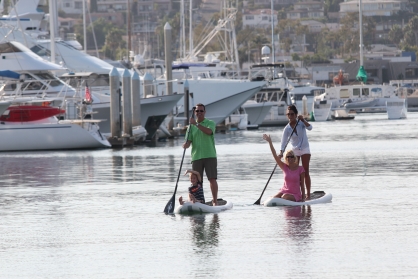 LL: What spurred you to appear on Shark Tank?

SA: They called me out of the blue. Some of the producers knew how hot the stand up paddle boarding industry was and so they went searching for an interesting company to feature. We were different than the pack and Google’d well, so they called us. At the time, we only had $35,000 in sales lifetime. I had never even seen or heard of the show when they called me. I wasn’t actually even raising money at the time, but when they explained the premise of the show and that it was on primetime on ABC on Friday night, I jumped at the opportunity. Even though I wasn’t actively raising money, you can always use more money in a start-up.

LL: What was the biggest change in your company after Mark Cuban invested after your Shark Tank pitch?

SA: Mark’s injection of cash helped us to expand our line of boards into inflatable paddle boards, which we felt would be a good market to add. More importantly, we were able to leverage our Shark Tank appearance and the addition of Mark to great advantage in the media. This really raised our public profile and inbound traffic to our site. Our business basically tripled the week our Shark Tank episode aired, and that overnight growth was a perpetual shift that grew from there because of the PR push we did around that one-time event.

LL: We have to ask - does Mark Cuban use the paddle boards?

SA: He got two of our popular 9’10” x 6” Adventurer inflatable paddle boards for his kids, and insisted he pay for them. I imagine he keeps them on his massive yacht.

LL: Do you talk to Mark Cuban regularly about the company?

SA: I’ve never talked to him on the phone or seen him in person since the day he invested, but we communicate via email regularly. I send him a status update once a week and email him for input whenever I need it. He’ll also forward on some ideas or inbound stuff that comes to him as he has it. Part of our negotiated deal was also that I’d help some of his other companies with SEO and eCommerce stuff so we share information on that front.

LL: What makes the company unique?

SA: By design, Tower is not only different, but we feel better than our current competition in the paddle board industry. It’s a very traditional industry that is modeled after the surf and kayak industries that were established decades ago. We feel it’s a new world today and Tower was designed for the realities of that new world. By all measures, our unique strategy in the industry is working. We’ve grown from $3,000 in sales in 2010 to $3 million in 2013 and we’re on pace to eclipse $5 million this year. What’s more, in an industry where 95% of boards are made overseas in Asia, we’ve built a US factory and 90% of our hard boards will be made right here in San Diego, California this year… and we’ll still sell them for $500-$1,000 less than the competition because of our direct relationship with customers. 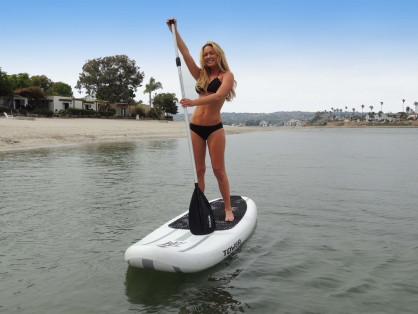 LL: What is the environment at Tower’s headquarters?

SA: By design, Tower is a beach lifestyle company. The dream of the Tower brand is to encourage people to venture beyond the ordinary, and we’ve made that a central tenant of our company culture. We don’t follow the crowd. We’re finding better and more efficient ways to do stuff and we’re enjoying the ride. We’re carefully attracted an extremely talented team that’s young and entrepreneurial. This year we’ll do $5 million in revenue and we’re only a team of six.

We nurture a work hard, play hard mentality and everyone in the company lives by the 80/20 rule of actively determining what 20% of our effort is generating 80% of our productivity. We systematically drop everything else, and that’s what makes us so efficient. Being efficient means we can treat everyone very well in terms of compensation and lifestyle. We’re still a start-up, so we don’t provide all of the traditional corporate benefits, but we don’t live by their corporate constraints either. Everyone largely sets their own hours and takes vacation as they deem appropriate. I personally go on a 2-3 week adventure trip each year. The production staff is encouraged surf in the afternoons whenever the waves are good. Our benefits include things like beach parties, happy hour, hitting the comedy club, and NFL season tickets to the Chargers for every employee. We try to have fun and give everyone a lot of flexibility, but no one gets any slack on productivity. You’re not measured by the hours you clock, but rather by your productivity and that bar is set very high. 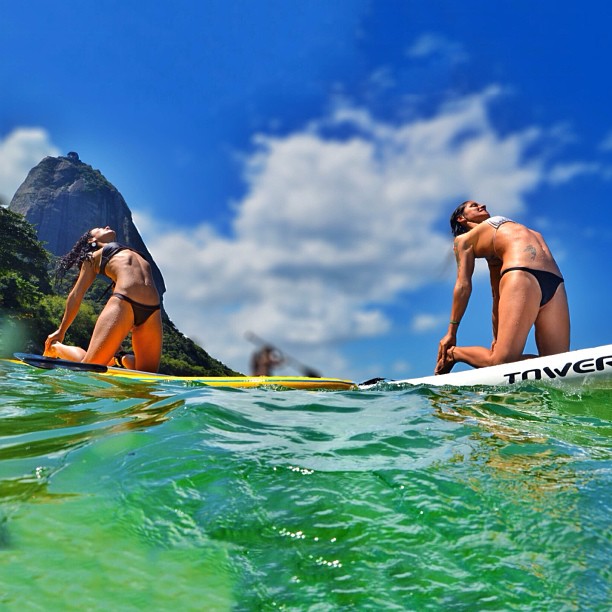 LL: How have you managed to grow so fast?

SA: Our growth has actually been fairly constrained by access by finances. Mark invested $150,000, but we had $105,000 in debt when he came on that we paid back so that investment didn't go very far in a product-based business that has grown over 1000% in the last three years. We’re frequently stocked out of popular products for months at a time as we can’t afford to buy new inventory as fast as we’re selling it. Our growth is being financed out of retained earnings, so that puts a governor on things. After we grew 500% in Mark’s first full year with the company and did $1.7 million in sales, I emailed him and laid out my growth plan for the next year and said here’s what I can do with what we’ve got and here’s what I can do with a $500,000 line of credit, but the banks won’t even give us a $5,000 credit card. He emailed back in less than 10 minutes and said he’ll personally loan us $300,000. We had proved ourselves in that first year as one of his best performing investments from Shark Tank so he felt comfortable with the loan.

We’ve actually been throttling back our growth significantly. We just started advertising about three months ago for the first time. There are a few levers that I’m intimately familiar with that are turn key to grow us another 50% overnight. We’re rolling these out this year as our retained earnings are finally at a point that they can support our growth. We’ll have paid back Mark’s loan in another month or so.

LL: Why is paddle boarding in such a boom right now?

SA: Industry insiders predict paddle boarding will ultimately become the #2 water sport in the world, second only to swimming. The reasons for this are fourfold. First, it’s got the cool, soulful appeal of surfing. That’s one reason a lot of people get into it. Second, just casually paddle boarding around is an amazing full body workout. Just balancing on the board constantly works your legs and your butt. As you start to paddle, it engages your upper arms and your core. A lot of women get into this sport purely for the serene workout it provides. Third, it’s a lot like a kayak experience where you can go out exploring in nature. A lot of outdoorsy types are drawn to paddle boarding for that reason. Lastly, the appropriate age range is from probably 5 years old to 75 years old. The appeal is broad and most people feel comfortable after only 20 minutes. Together, these makes paddle boarding a sport with a massively broad appeal that you can do anywhere there is water.

LL: What’s next for your company?

SA: From day one, the objective of Tower was to build a beach lifestyle company that encourages people to venture beyond the ordinary in their lives, and then empowers them to do just that. That remains our objective. A paddle board is merely one tool to enhance the human spirit. We’re just getting started. 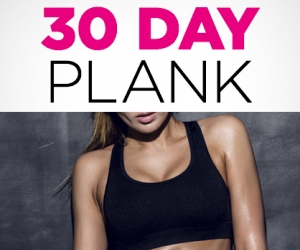 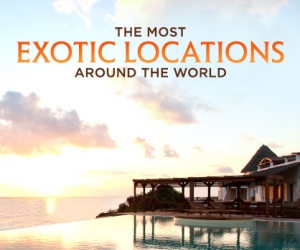 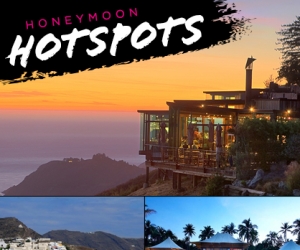