Remembering the Holocaust: An Interview with a Survivor

Ben Lesser will never forget the first day he arrived at Auschwitz. Women and children were ordered to the right and men to the left. He recalls his horror as he was pulled apart from his older sister Goldie and younger brother Tuli. He never saw them again. Today is Holocaust Remembrance Day. Consider bearing witness to the tragedy of the Holocaust by considering the story of not only how he survived, but how Lesser is making a difference today through the educational organization he founded, The Zachor Foundation.

“To be left alone in the world at age 15 to fend for yourself is devastating,” Lesser said of his experience. “I don’t know if the dictionary has the right words to describe the agony, pain and hateful anger that engulf your entire body to know that you are alone and that your entire family is gone.”

Five days after the Nazi occupied his hometown of Krakow, a horrified Lesser was forced to watch as Nazi monsters picked up the neighbors’ crying 2-month-old baby and swung him by the legs into the doorpost. The infant died instantly. But the horrors had just begun. The worst, said Lesser, was hearing about the gas chambers and crematoriums used to slaughter the Jews.

“Think of the worst possible thing that a human can experience in life, and multiply it by thousands. The best movies and the best books cannot even begin to describe it,” the survivor maintained.

Through his five years of “Hell on earth,” Lesser experienced it all –living in ghettos, forced to work at labor camp Durnhau, forced on the death train to Dachau, running, hiding, suffering through Auschwitz-Birkenau – before finally being liberated at Dachau.

“The Nazis industrialized death,” Lesser explained. “They would turn human hair into fabric to make suits. They would use the gold teeth as currency. They would send the clothing to Germany to be recycled. In some cases, they would even use the ashes as fertilizer.”

He was lucky to survive, but more than 5 million other Jews, including 1 million children, were not so fortunate. Of his family of seven, he and his sister Lola are the only survivors. The rest of his immediate family – and hundreds of his extended family members – were all exterminated by the Nazis. 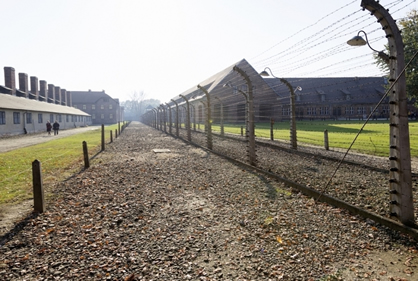 “I have no idea what my life would have been like had there not been a holocaust,” Lesser said. “Since I was fortunate enough to survive, survival has thrust upon me a mission to keep the memory alive. I feel that our dear departed ones, all 6 million of them, are crying out to us in a single word: Zachor, ‘remember.’”

And it is a mission he has been quite devoted to. Since 1985, Lesser has made it his goal in life to speak out about his horrific memories at schools, churches, colleges, synagogues and more to preserve the memory of the Holocaust and ensure it is never forgotten.

“I have devoted the last 17 years to lecturing, speaking and giving live witness testimony about the Holocaust … When I finish speaking (the listeners) all come up to me and want to shake my hand, embrace me, take pictures with me and want my autograph,” Lesser recalled.

In 2008, Lesser’s local Holocaust Survivors group gifted him with a pin spelling out the Hebrew word “Zachor,” which means remember. He started sporting the pin at his speaking engagements, even bringing extra pins with him. Speaking after a presentation to two students one day, they inquired after the pin, curious as to its meaning. Lesser gave them each a pin.

“Their faces lit up,” the survivor declared. “They told me that they would cherish this pin for the rest of their lives and if they ever have children of their own, they would pass it down to their children and share the story of this strange-looking pin and the man that gave it to them.”

Lesser was motivated to have 1,000 more pins made. At his next presentation, after explaining the pin’s significance, all the students wanted one. Speaking with the teacher from the school a few weeks later, he was delighted to hear of the small pin’s impact.

“You wouldn't believe it,” she revealed. “The pins are everywhere. The kids are wearing them, have them pinned on their hats and backpacks and are still talking about them.” 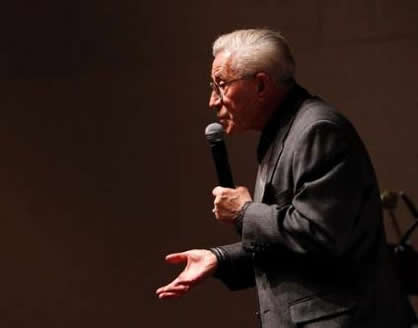 It was then that the idea hit him: He wanted to hand this tangible memento out to anyone who would listen. In 2009, he founded The Zachor Holocaust Remembrance Foundation with the mission of distributing free Zachor pins to providers of Holocaust education programs.

“I realized that giving live witness testimony, while important, was not enough,” Lesser said. “Something was missing, something tangible, to be handed out to the listeners, like ‘Show and Tell.’ That is when I founded The Zachor Holocaust Remembrance Foundation, to make sure that everyone who hears from a survivor or a lecturer can walk away with something tangible to remind them of the stories they have heard.”

In the short span of months after launching, the Zachor Foundation gave away more than 30,000 pins and has thus far handed out 120,000 pins.

Lesser’s number one message is, as the pins declare, to remember: “We must never forget the events of the past; otherwise it is destined to repeat itself.”

One of the greatest tragedies was the apathy and hatred and silence. Lesser believes the Holocaust happened because “Hitler needed a scapegoat and the rest of the world stood by in silence allowing this to continue.” At his presentations today, he urges listeners not to be silent bystanders.

“Remember that the Nazis did not start with killing. It all started with hate propaganda and hateful words. We must learn to respect and embrace our differences. Only then can we be sure that history will not repeat itself,” Lesser said.

For more information or to donate, visit www.zachorfoundation.org. 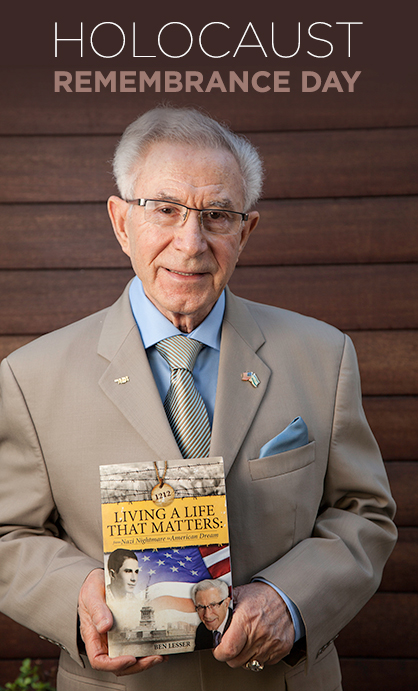