Healthy food is something that many of us take for granted. It’s easy to purchase organic items at the grocery store for those who have the income and access.

But not everyone can run to an organic market for gluten-free bread or locally grown produce. Allowing more people access to healthy foods is the key mission of the Food Empowerment Project (F.E.P.). In the six years since its inception, this non-profit organization has managed to make people across the nation aware of the need to create a more just and sustainable world by recognizing the power of an individual’s food choices.

The volunteer-run organization works to highlight the inequity of the current food system in the U.S., which has led to people of color in at-need communities having higher rates of obesity and diabetes. This creates a form of environmental racism that is a serious threat to the health of current and future generations, so F.E.P. is pushing to eliminate this discrepancy and create equitable food distribution. 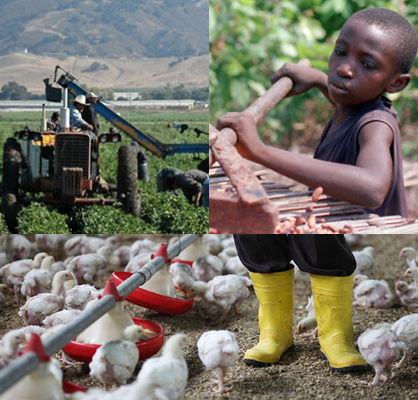 F.E.P. also discourages people from buying products that have been farmed or produced via non-humane methods, such as chocolate purchased in West Africa, where children are often used as slave labor, according to Lauren Ornelas, founder and executive director of F.E.P.

Ornelas said, “We work on promoting veganism as a means for individuals to not participate in the suffering of non-human animals. As a vegan organization, we also want to make sure we speak out for those who help bring our food to the table, so we engage in supporting policy, legislation, and corporate campaigns for farm workers.”

To support this, F.E.P. has a list on its website of chocolate that is recommended, or not recommended, as the case may be.

The work on chocolate is one of the projects that Ornelas is most proud of supporting. “Unfortunately, many people are unaware of the atrocities taking place in West Africa for the production of chocolate. Here you have the worst forms of child labor, including slavery, as well as children using dangerous equipment (such as machetes), and carrying heavy pods. Our work not only seeks to inform people, but helps them to make better food choices. ” 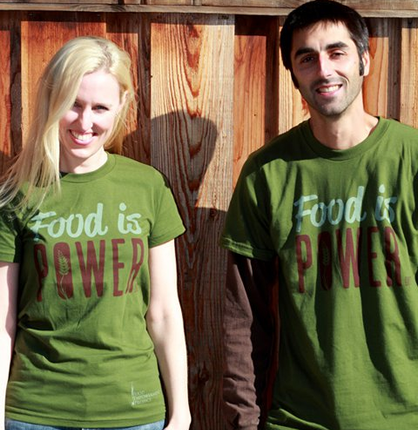 Ornelas, a vegan and a social justice activist for the past 25 years, was spurred to create F.E.P. after attending the World Social Forum in Caracas. She had worked as an animal rights activist and after attending the Caracas forum, she founded F.E.P. “I decided to start an organization that focused on food justice where I could connect many of the issues that I care strongly about with the intent of doing our part to help create change and empower people with their food choices.”

F.E.P began in 2007, and in 2009, they sent out a dozen volunteers around Santa Clara County, Calif., to survey the access to healthy foods in both high-income and low-income neighborhoods. They looked at areas based on education, ethnicity and income level and the criteria for healthy foods consisted of fresh, canned and frozen fruits and vegetables, as well as alternatives to meat and dairy. The resulting report is available on the F.E.P. website. The organization is now about to begin work on these same issues in Vallejo, Calif.

The organization does more than just allow access to healthy food. It helps those who produce it. F.E.P. recently conducted their first school supply drive for the children of farm workers who live in a labor camp in California. “To see the smiles on the kids’ faces who got backpacks from us was priceless,” Ornelas said. 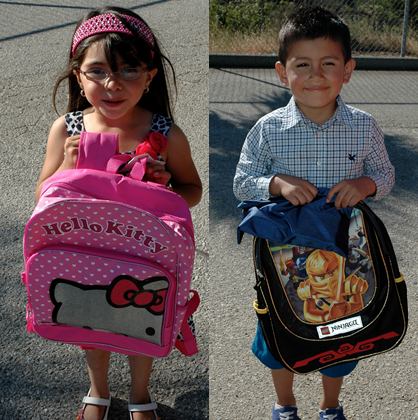 It’s important to remember that food impacts everyone. “It impacts our own health and it has the power to make important changes in the world. We eat two to three times a day, and with every purchase we make, we have the opportunity to vote with our values. People are obligated to take responsibility locally and globally.”

Improving the food supply, helping farm animals and farm workers receive humane treatment, and helping those who can’t help themselves is the purpose of F.E.P.

One of the saddest things to Ornelas is, “specifically looking at farm workers, it’s that they put our food on our table, and yet they are treated with absolute disregard for their quality of life, their working conditions, everything. They are abused and threatened. Their pay is low and benefits are almost non-existent. We treat workers as if somehow they are not, well, human. Regulations that are in place at times to protect other workers somehow don’t apply to farm workers. And yet we all rely on them.”

“We want people to use their individual choices and collective voices to change the world. My vision is for a food system that is based in reality. We cannot continue to treat workers, the environment, or non-human animals as mere commodities. The cost to all of them and our sense of morality is too great.”

For anyone who wants to get involved, go to the Food Empowerment Project website for more information. Ornelas is also encouraging everyone to ask ClifBar to disclose the country of origin of their chocolate. Sign the petition here. 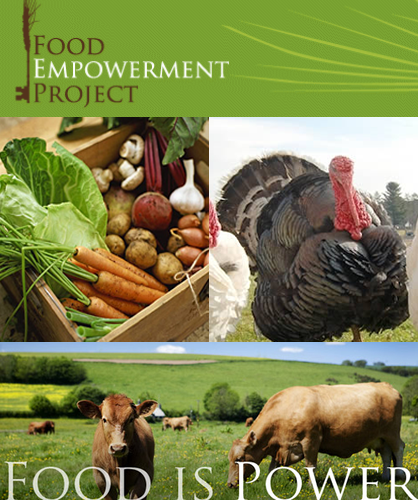 LadyLUX via The Food Empowerment Project